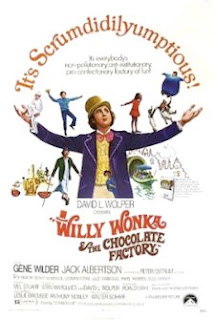 After watching and thoroughly enjoying Willy Wonka and the Chocolate Factory recently, I was amazed at how well it had stood the test of time. Even with some of it's dodgy effects, the film still remains magical. Tim Burton remade the Roald Dahl classic a few years back, and even though he had the latest computer technology to create the chocolate factory, and all the other weird and wonderful things that appear in the story- it was empty. The magic wasn't there, and I for one do not wish to see it again.


How is it then, that even though we are better advanced to create amazing effects as we've seen in Avatar and The Lord of the Rings, that we can't do better than the original Wonka of 1971?

I believe the main answer, is that computer effects can only go so far. To see a room, filled with truly edible flowers, and trees- all of which are sweets or chocolate- seeing the actors eat them for real, knowing that not one part of that room is fake- that's the secret. When we watch a room knowing that none of the chocolate in it is real, no one cares. 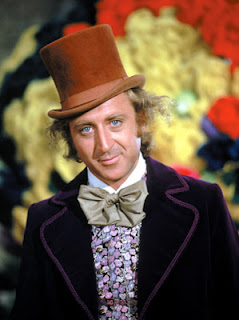 The songs in the latest adaptation all appear in the book written by Dahl himself, however, they don't seem to work with the arrangement in the Burton film. Is this why the makers of the 1971 version didn't use the original songs? Did they know they wouldn't work in the film? Did they know that they worked whilst you read the book and thought of a tune in your head? If that is the reason they did not use Dahl's songs, then they didn't undercut us. They gave us some beautifully memorable classics like all the Oompa Loompa songs, Pure Imagination, I've Got a Golden Ticket, The Candyman Can, and all the rest! Nor wonder the songs and score were Academy Award nominated, all credit to both Leslie Bricusse and Anthony Newley.

But of course, the real gem in this beloved musical is Gene Wilder who gives a legendary performance. Not even Johnny Depp, with his great talent and huge fan base, won over many people with his portrayal. Wilder plays Wonka as a comedian, but with a dark edge, not only joking at the children but to their much-to-blame parents. Every line he delivers will have you laughing hysterically, and at times you can't quite believe his reaction and answers to the parents of the children. He was Golden-Globe nominated, and will forever be remembered and adored for his performance here. 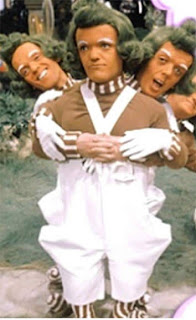 Charlie is played by Peter Ostrum is a remarkably beautiful performance by someone so young. You really feel for him, as all his school friends are buying hundreds of Wonka bars and yet he can barely buy one, yet he wants the golden ticket the most! The poverty of his family is pretty moving, and handled well so that we recognise and understand Charlie's situation, but so that it doesn't dampen the uplifting mood of the film.

If you have only seen the Burton remake and been put off, I implore you to not give up! Watch the original, you'll love all the songs and all the performances, not just from Wilder, but from all the child actors too (all are brilliant)- a superb cast. A hilarious adaptation of the Dahl novel that is full of magic. You'll feel like a child all over again with this fantastic film that is definitely a timeless classic.
Posted by TheClaud at 11:47 No comments:

Joseph Gordon-Levitt: One to watch 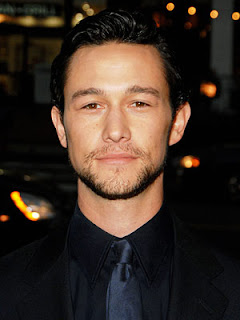 Even though my passion is mainly centred around classic Hollywood, I love everything about films from every decade, and every individual year, including the stars. I cannot fathom how every now and then we get these new, wonderful acting talents that shine on screen, and look like they were made for the movies. But very few in the history of film, make what they do look so easy and natural.

It is this quality of total ease whilst performing that attracts me so much Joseph Gordon-Levitt. Aside from his good looks, he is a fine actor, whose so at home in acting, that it is hard to remember that he is actually acting. Like Cary Grant, or any other actor whose perfectly cool when the camera is rolling, you cannot take your eyes off him (ps not comparing Levitt to Grant - totally different actors!)

I have only seen him in three of his films: one was Ten Things I hate About You where he was very young  but already more memorable than the leading character Julia Stiles played, and in my honest opinion, equally as noticeable as Heath Ledger. I love it when you see an actor at an early age already showing huge potential. 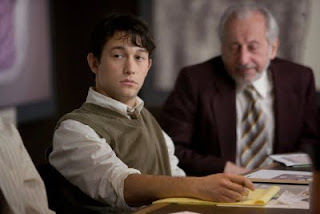 In 500 Days of Summer, an older Levitt really steals the show with again, his total ease and natural acting ability. He also has a face that expresses enough without the need of dialogue. But I do believe, aside from the quirkyness of this movie, it's different take on the romantic comedy which made it stand out, Levitt's performance made the film more than just another chick flick. I don't see how other romcom regulars like Gerard Butler could have pulled off such a realistic performance that Levitt delivered so fantastically. We could relate to his character fully, without thinking this is another romcom. He was just like everyone of us who has been hurt in love, or been the loser in a relationship. 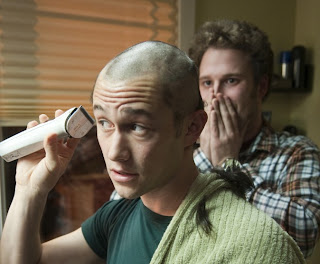 His most recent film was 50/50, where he plays a terminally ill cancer patient, and it really is this performance that got me excited. It shoed Levitt in a different light. Someone who could take on the difficulties of the role, playing it with enough seriousness and sadness, but able to make a lot of the films comedy not seem out of place. He bridged the gap between fatal illness and sometimes-crude-comedy. Not for one minute did I feel that Levitt did not have cancer. It was so real, and so well-played. If his performance here does not get him an Oscar-nomination I will be disappointed, because his performance alone transforms the film from average-feel-good-comedy-drama, to a film so much deeper.

We are at the time now where our heartthrobs like Brad Pitt and Leonardo DiCaprio- leaders of their generation of acting- are now playing more mature roles, leaving the younger parts for a new generation of great talent. I truly believe that Levitt has the ability to lead his generation in film acting- I just hope he gets the chance to prove himself in greater roles. Like when James Dean's death made way for a new legendary star like Paul Newman, I believe the same is happening here for Heath Ledger's passing a few years back, and the huge potential that lies in Joseph Gordon-Levitt.
Posted by TheClaud at 06:20 No comments: